React Native has already made huge strides in the mobile app development industry, and it’s expected to continue growing in the coming years. But what exactly makes it such an appealing option? We’ve put together this list of the benefits of React Native app development to shed some light on why this framework will be sticking around for quite some time, so you can learn more about how it could affect your business and find out if you’re ready to take the leap with your next project.

React Native is a JavaScript framework for building native mobile apps. It uses the same design as React, letting you compose a rich mobile UI from declarative components. You don’t have to deal with the platform-specific APIs directly since React Native takes care of all that under the hood. The code you write in JavaScript is what runs on both iOS and Android, which means no more writing two separate versions.

React Native can help you save money on app development costs. With React Native, you can reuse code across platforms, which means you don’t have to create separate versions of your app for iOS and Android. That can lead to big savings in terms of time and money. In addition, React Native apps tend to be more stable and perform better than hybrid apps, so you’ll save money in the long run by investing in a React Native app.

React Native allows you to share code between your iOS and Android apps. This can be a huge time saver, as you can reuse code that would otherwise need to be rewritten for each platform. It also saves on testing time by reducing the number of bugs that can appear on one platform but not another.
– Apps Load Faster: Since JavaScript is rendered on demand, it loads faster than traditional mobile apps which load instantly but use up memory to stay in memory at all times.
– User Interface Design: You don’t have to spend a lot of money hiring an expensive designer when you can use interactive components like buttons and navigation items with prebuilt styles from React Native’s library.

One big benefit of React Native is that it’s future-ready. That means that when new technologies come out, or new devices are released, you can be confident that your React Native app will still work. Developers don’t have to wait for a new version of React Native to be released; they can just update their code and submit it to the App Store.

React Native gives you the ability to design your UI/UX exactly how you want it. You have complete control over how your app looks and feels. Plus, with React Native you can easily create a responsive design that looks great on all devices.

One of the main benefits of React Native is that it speeds up the development cycle. With React Native, you can reuse code across platforms, which means you can develop your app faster and more efficiently. Plus, with a react native development company, you’ll have access to a team of experts who can help you every step of the way. 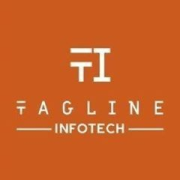 The Top Five Web Design and Development Services in Edmonton

Most Popular Web Applications in 2022

Major technical advances and gadgets required in the future.